Andi Bajgora was born on July 19, 2002, in Prishtina / Kosovo. He is best known for his roles in various films, such as the Oscar-nominated film ‘Shok’, the Crystal Bear winner ‘Kiem Holijanda’ and the BAFTA winner ‘Home’. He is the winner of the award for Best Actor for his performance in “SHOK” from Mallorca FF. and also Best Actor for the films “Cheers” and “SHOK”. In 2016 he was awarded as Ambassador of Art of Kosovo by the “FIDES” awards. While in 2017 he was in the top 10 actors of Kosovo’s Rising Stars at the PriFest film festival. Andi has worked on dozens of other films, TV series and soon there will be two feature films in which he has worked recently, ‘Winter Fireflies’ and ‘The hill where lionesses roar’.

What turns you on creatively, spiritually or emotionally?
Starting acting at a very young age, made me pay attention to the very little things as how one may react in a certain situation or so, making every new challenge a “turn on”.

What turns you off?
Not having a canvas to paint my thoughts, can be a turn off.

What is your favorite virtue?
To myself and everyone, I believe commitment is one of the most important ones.

What Is Your Purpose in Life?
My idea is to reach to a point of mind maturity, where I am confident, I know myself well, and get a balance mind to emotion stability. Where as the main goal, is being able to share this energy among us all, humanity, help and progress do my part and contribute to positive change.

Are you ready to fight for a cause? Which one?
Hell yes. Since I’ve been at the Oscars, i had no other cause in my mind except putting Kosova on the “map”.

You want to keep reinventing yourself?
II aim to reach the maximum line to where we can possibly get.

Your message for the utopian world?
What defines us is the things that we do when were not being watched.

I Am I, Art is always political

Armend Ajredini: The future will be utopian, or there will be none 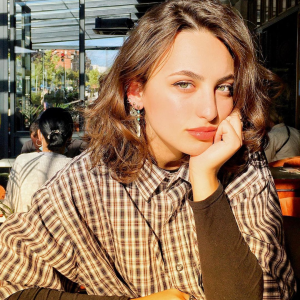 Utopian magazine is a project done with the spirit and the vision for the beauty and freedom, it will educate the entire world to appreciate the classy taste through provocation and the truth. In a world that does not know its guidelines, and how to blend the cultures to create new visions…

Salvador Dali painting while swimming in Venice, I

💔 The Roy is dead, long live the king #jeanlucg

we live in the world of pixel, everyone sells pixe

Dafina Gjikolli is a Pristina based, 22-year-old, digital artist and a freshly made creative music video director. Gjikolli grew up in Prishtina,…

The film, The Albanian Virgin which was written by Katja Kittendorf and directed by Bujar Alimani, is set in 1958 in Albania.…

Antique, Vintage, Second-Hand, Retro: What Is The Difference?

Inadvertently, vintage has returned as a hot issue in fashion. Vintage, used, second-hand, and retro all are terms we hear in our…

Dafina Gjikolli is a Pristina based, 22-year-old, digital artist and…

I Am I, Art is always political

I Am I (artistic name) is a political artist from…

Leonora Basha: Miracles dwell in the invisible, do not lose hope.

$250 million lawsuit against Donald Trump is the beginning, not end, of this case

21 years later, 9/11 terror attacks reverberate in New York and across the US

Americans remembered 9/11 on Sunday with tear-choked tributes and pleas to “never forget,” 21 years after…

Reasons for (cautious) optimism: the good news on the climate crisis

Adam Morton There is no shortage of things to say about what’s going wrong. The extent…