Following an open competition conducted last December by the Réunion des Musées Nationaux – Grand Palais, Art Basel and its parent company MCH announced on January 27, 2022. The organization has signed a seven-year agreement with the famed Grand Palais in Paris to stage a new modern and contemporary art exhibition. This new project of international stature will build bridges with France’s cultural industries – from fashion and design to film and music.

However, this open bidding has many disagreements about the right to host the art fair, as the Grand Palais in Paris has already hosted the two most significant art fairs in the French capital: Foire Internationale dchr(39) Art Contemporain and Paris Photo. Both fairs will now have to find new venues, which could further complicate an international art calendar that the pandemic has significantly altered.

In a statement sent to the press on the afternoon of the 26th, RX Global said it “deeply regrets” the decision of the Grand Palais to submit the hosting rights to Art Basel, adding that it believed the public campaign was “hasty and flawed”‘. FIAC’s parent company, RX France, accused the Grand Palais of Paris of orchestrating a malicious campaign in conjunction with the MCH Group Exhibition, announcing through a sudden conference call that it would bid for the fall time slot that traditionally belonged to FIAC and Paris Photo, bringing the art fair—evicted from its long-standing venue. Anne-Claudie Coric, the director of Templon Gallery, was also shocked by the solicitation in the media, because in her opinion, FIAC is not just a commercial art fair. It has a deep inner connection with the Grand Palais. She sees FIAC as part of its DNA and an essential part of the French art market and contemporary creatives.

In Paris, Chris Dercon, director of the Grand Palais, responded that he had received “another competing will” last year, adding that he must “rethink new exhibits, be ambitious, curious and open to the ‘spirit'”. As there was no contract with RX Global at the time for FIAC and the Paris Photo Exhibition, an open call for proposals was made and judged based on connection to the cultural ecosystem and Paris industry and artistic quality.

RX France questioned the legitimacy of this bid. It claims to have received two written commitments at the RMN-Grand Palais fairs in 2019 and 2021. The content includes that the FIAC will take place on 20-23 October 2022, and Paris Photo will be held at the temporary venue of the Grand Palais from November 10 to 13.

The Grand Palais in Paris launched the solicitation on December 8, 2021. In addition to the right to host the “International Contemporary Art Event” in October, the conference bid also included a seven-year exhibition proposal to “ensure the long-term visibility needed for its positive development”, with a deadline of December 31.

Michel Vilair, chief executive of RX France, said that FIAC and Paris Photo were in the midst of a precarious period of internal job adjustment and staff restructuring. It was nonsense to plan a seven-year project by Christmas. He sees the proposal as a long-planned eviction plot. In addition to berating malicious third parties, Vilair accused the Grand Palais of manipulating the process “to meet the demands of competitors who clearly wanted to take over the time and clientele of FIAC and Paris Photo.” Both MCH Group and RX Global have reportedly signed seven-year contracts. A few days ago, RX France had written to the French Ministry of Culture and will challenge the Grand Palais’ decision on FIAC in court.

The French newspaper Le Monde previously reported that the Grand Palais had asked for at least 20 million euros over seven years to secure the rights to host the divided exhibition. A spokesman for Art Basel later clarified that the call for proposals for the Grand Palais indicated that the contemporary art fair would require 10.6 million euros, while the photography exhibition would require 500,000 euros(Technology costs not included).

In any case, as the world’s largest and most important art fair, Art Basel’s interest in the French capital also reflects the growing influence and appeal of Paris.

“With its incomparable history and contemporary dynamism, Paris is uniquely positioned as a pivotal epicenter of the international cultural scene,” says Marc Spiegler, Global Director, Art Basel. “We aim to build on Paris’s unparalleled standing as a global metropolis to help create a vibrant week that even further amplifies the city’s international resonance as a cultural capital.”

Why is Singapore so rich? | CNBC Explains 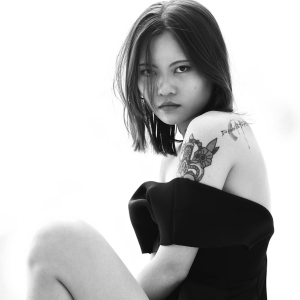 Currently pursuing studies in cognitive psychology and the art of negotiation.